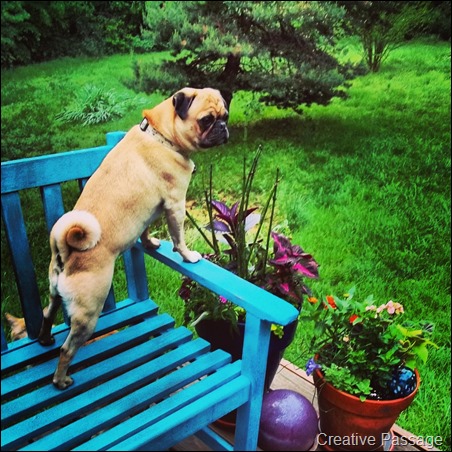 He goes by many names around our house…Milo… 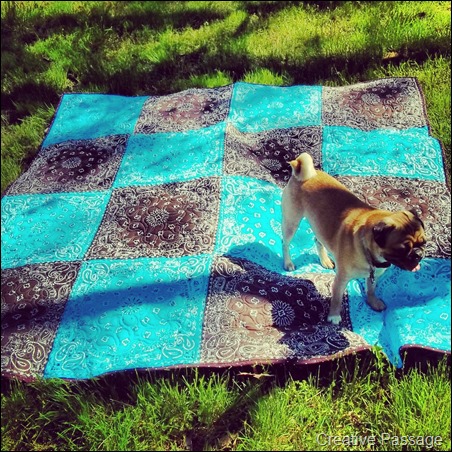 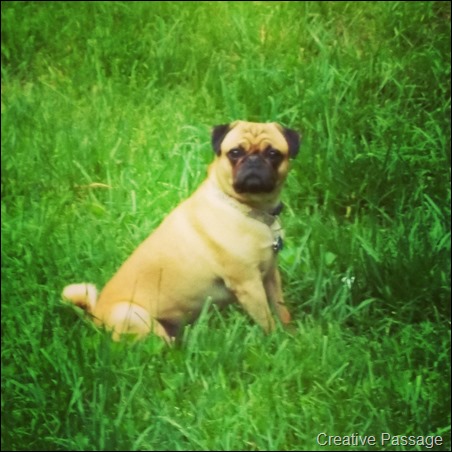 We got him last December from a nice lady who wanted to spend more time out of state and who didn’t think she was doing the little guy justice because she was gone so much. 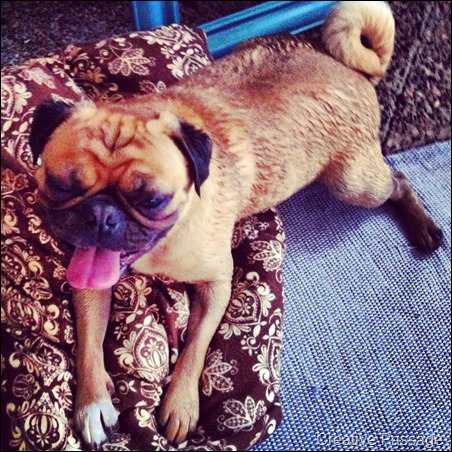 He quickly wormed his way into our hearts with his snorting 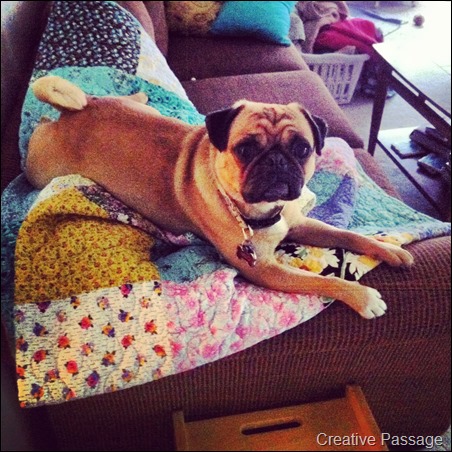 and snoring and sneezing self.  He burrows under the covers and can destroy a made bed in a matter of a few minutes. 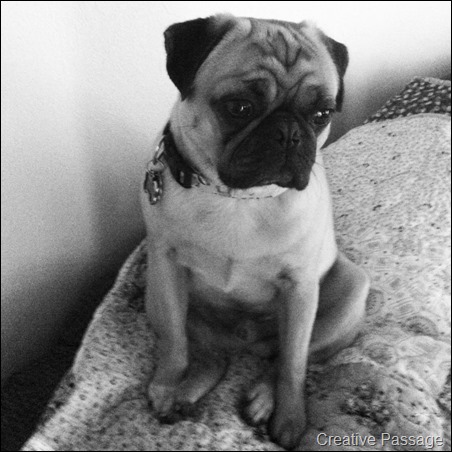 He gets along with most things and people although this morning he chewed my eyeglasses into 4 separate pieces, not counting the nose pads which he must have swallowed because I never found them. 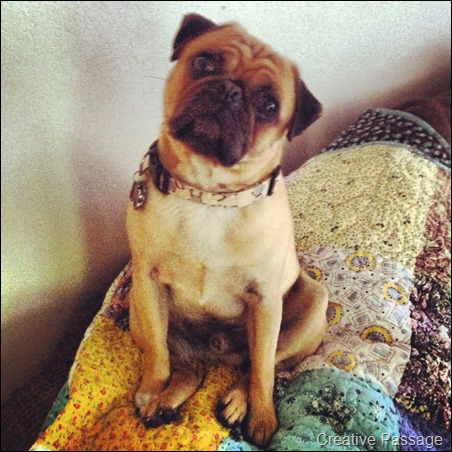 He has these dark liquid brown eyes that melt me.  And he knows they melt me. 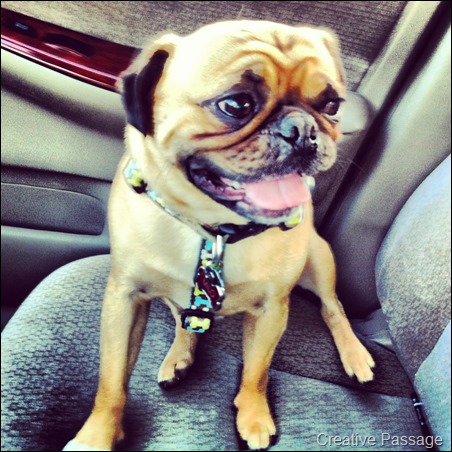 One day last week we went into the pet store to get his toenails trimmed (I tried it once, took me 30 min to get him restrained and then once I turned on the Pedi-Paws he shot away from me.  I never tried it again.) and he peed on every single rack I let him get close to.  It took four of them to get his toenails trimmed, they took him into the back room so no one could see through the glass the torture he put them through! 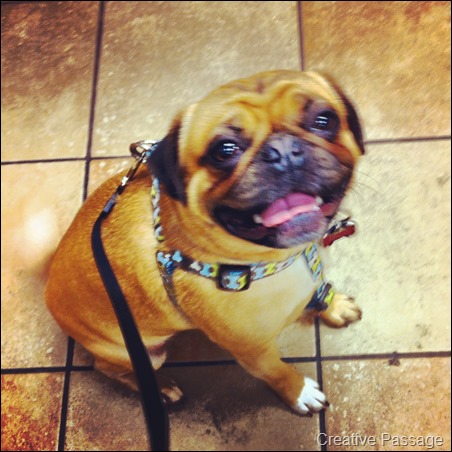 This time he was so good that we decided to get a treat afterwards.  He had his first ice cream cone and I have never seen him sit more still! 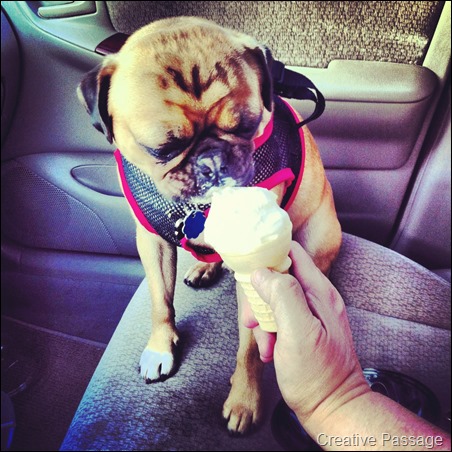 He was such a happy dog, he grumbled his way through the ice cream cone (I did take a few bites at the beginning). 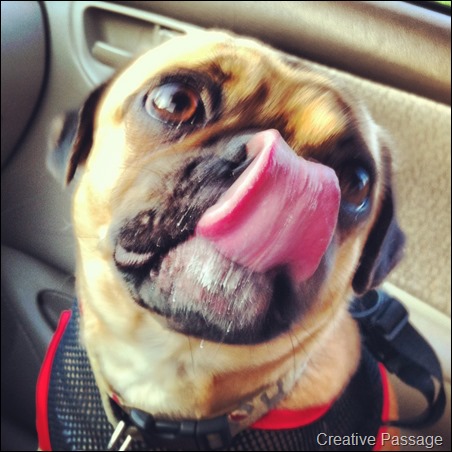 He licked and smiled and slurped all the way home. 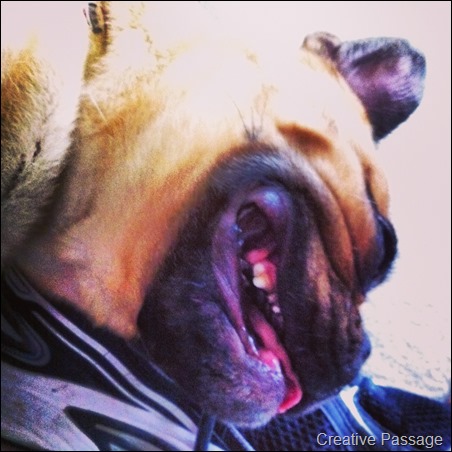 When you pet him and rub him he just melts!  Tongue hanging out, slack jawed melting!! 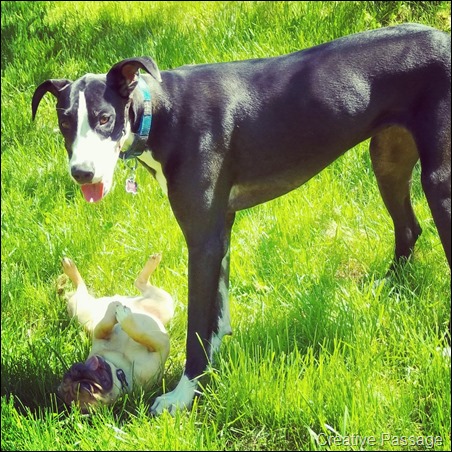 His girlfriend Bella lives across the street from us and she is a gentle giant.  They play and chase each other around the yard for hours.  My poor little Milo Pug is so out of breath and wheezes and coughs after a play date! 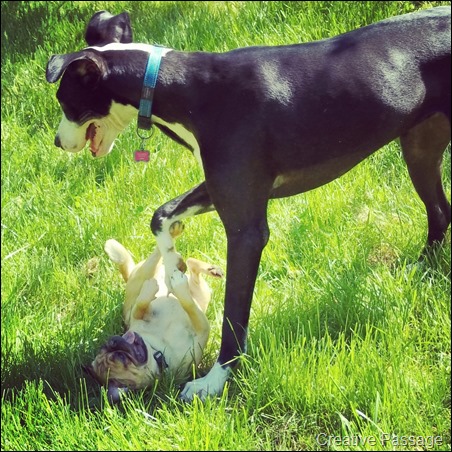 Bella is so gentle with Milo, even though Milo nips at her ankles and trips her all the time.  They are both in that puppy stage, so they are both really clumsy and playful. 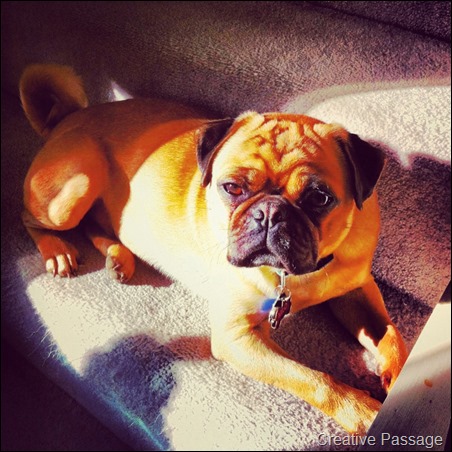 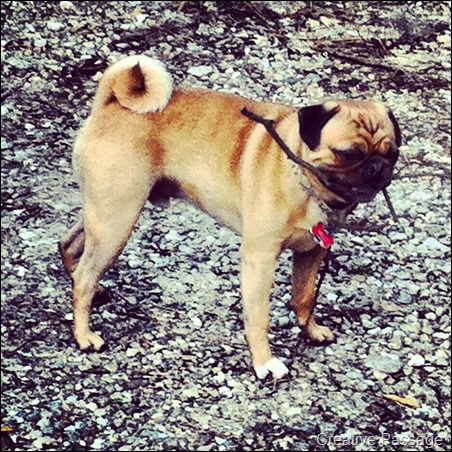 Milo has one white paw and is a full bred pug but he isn’t registered.  That kind of stuff doesn’t matter to me. 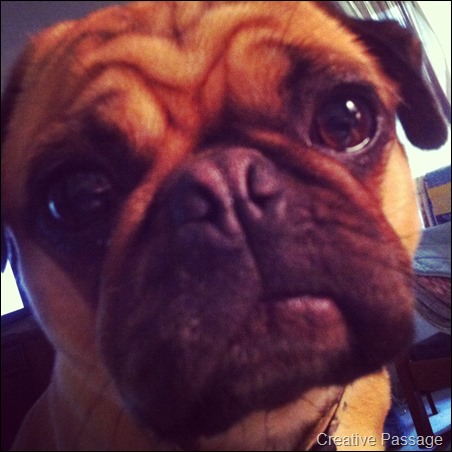 He is such a sweetheart!

Posted by EllensCreativePassage at 4:03 PM

Hi Milo! Thanks for sharing your story! I would love to hear from you again! Nero from Greece

He's so cute, I love the picture of Bella that looks like she's tickling him and he's laughing. I have pug nephews and the personality they have is amazing.