OK, so the last two dogs we have had loved my wool scraps….maybe the wool tastes like sheep??  I catch Milo chewing on wool scraps as I am sewing or crafting.  He will sneak them away from my wool pile or stash and I find the pieces all wet/chewed all over the house.  So naturally I began making some toys for Milo to play with. 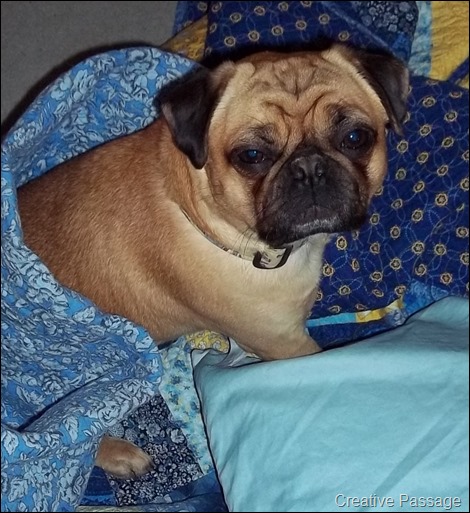 Here’s the sweet little sleepy pugster all wrapped up in a quilt. 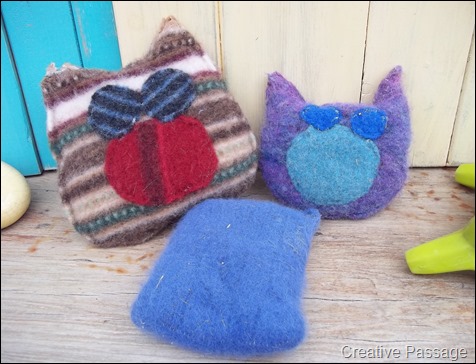 I made two of the owl (or cat shape as my son called them) and one that was just rectangular.  I sewed them up securely so they couldn’t be torn up by someone’s sharp little teeth. 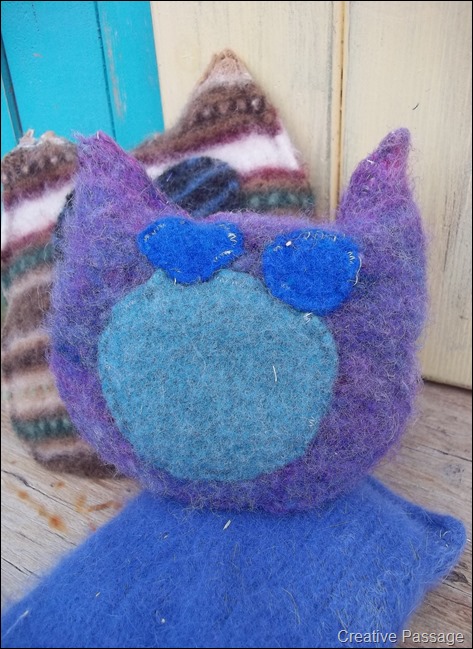 The purple owl was made from a knitted scarf in a nubby texture so I thought Milo would get into it. 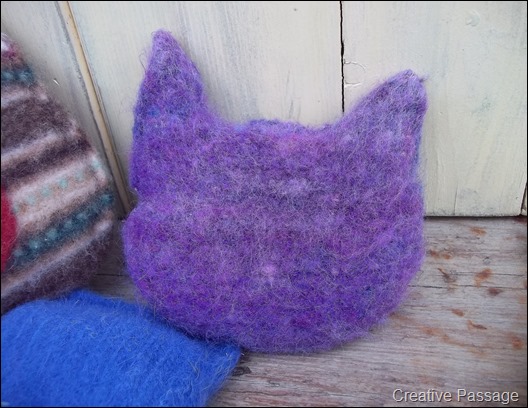 The blue rectangular toy was a sleeve that I sewed both ends on after putting a noisemaker inside.  All three of the toys had very little stuffing, I used just a single layer of all cotton batting as the stuffing. 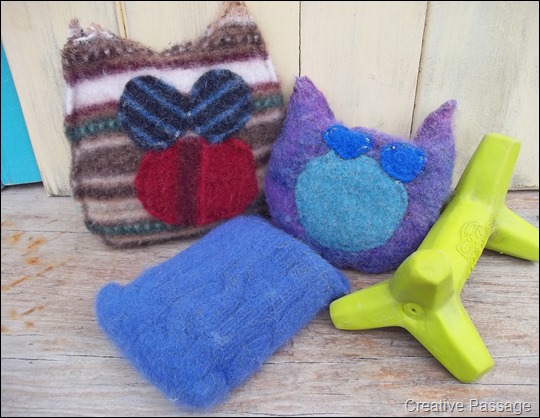 I was very proud of them and thought they were so cute. 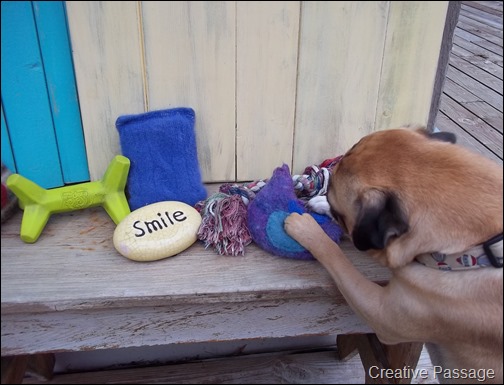 Milo was helping me take pictures of course, he kept going for the purple owl. 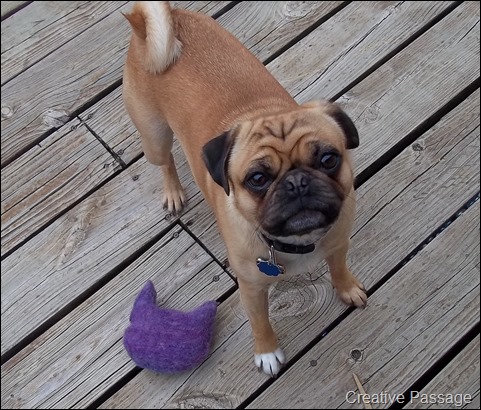 And when the shoot was over I found the purple owl halfway up the driveway.  By the second day he had gained access to the batting inside the striped owl and had demolished it.  By the third day the noisemaker had been removed from the rectangular toy and the batting mysteriously disappeared. 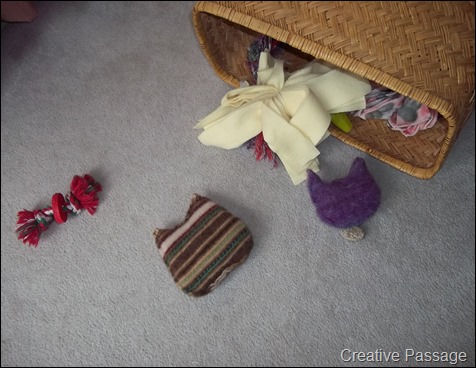 But the purple owl survived, I kept putting it back into his toy box and he kept pulling it out.  I even took it upstairs with me while I sewed and Milo would play with it. 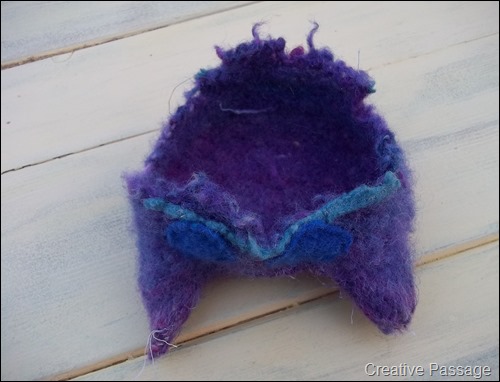 However, now this is all that remains…sometime over the past few days he ate a hole in the front and pulled out the batting…he still carries it around though! 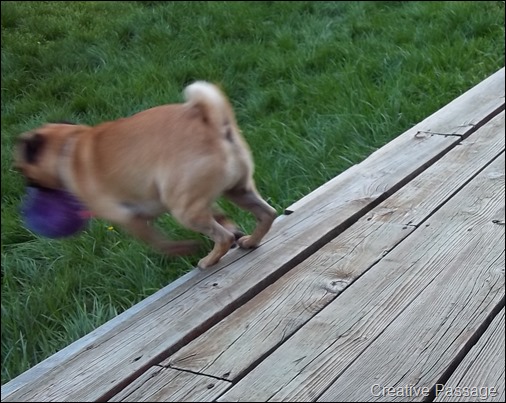 No more homemade toys for you Mr. Milo…we’ll just stick with the cheapo chew toys from Wal-Mart! 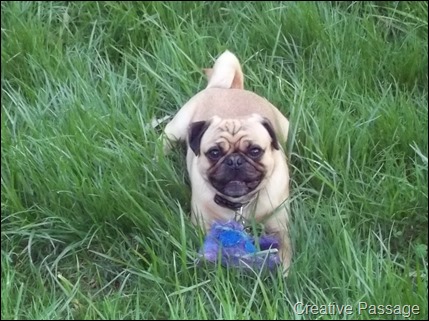 I may be linking up to some of these great linky parties!

Posted by EllensCreativePassage at 3:12 PM

Cute toys! Great idea using wool scraps--I do the same thing for my kitties :-) Sadly, they always manage to chew them apart as well... but they enjoy them!!! Milo sure is a cutie, by the way <3

Wool must be "tough" to withstand some ferocious teeth!

Toys are cute and so are the dogs!