Every year since 2005 my family has hosted a fundraiser for the Muscular Dystrophy Association.  I have two nephews, Beau and Gabe who have Duchene Muscular Dystrophy…it’s something we can do to help others with all different types of muscular dystrophies.  This year we didn’t actually host the fundraiser, but we did attend in full force.  It was held at the Southern Illinois Miners stadium…so we had plenty of room to spread out! 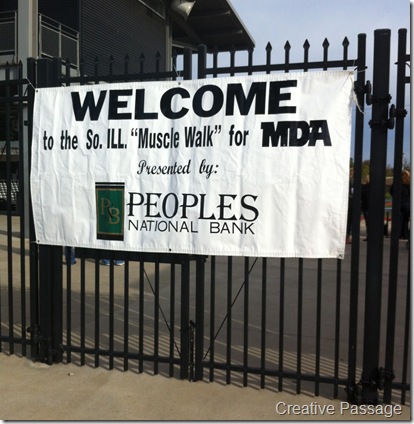 Mom and my son sporting their signs! 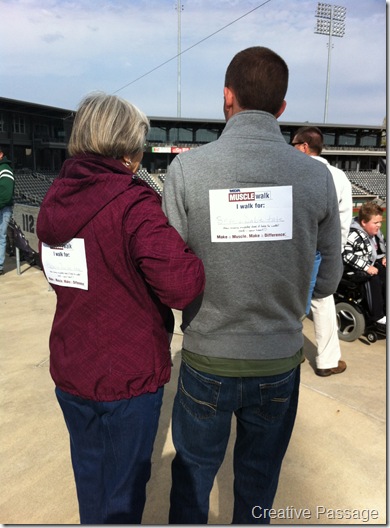 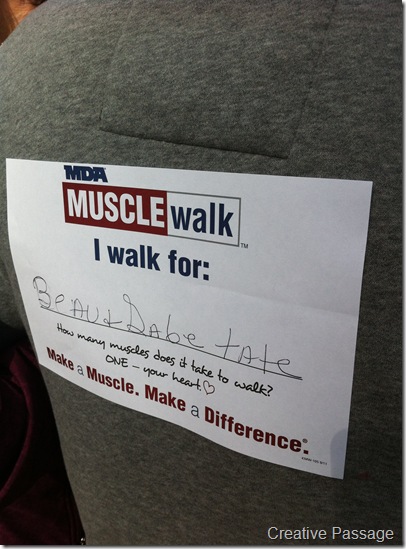 There was some entertainment, some silent auction stuff to bid on and a lot of visiting to do. 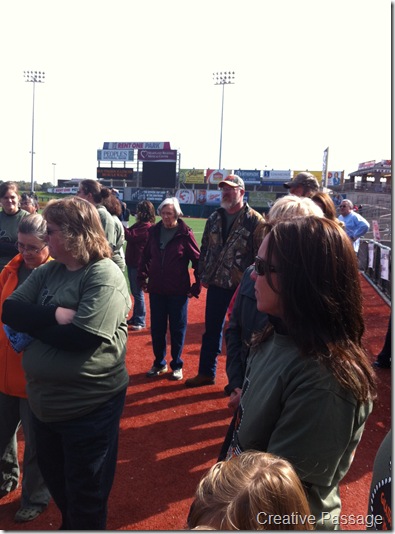 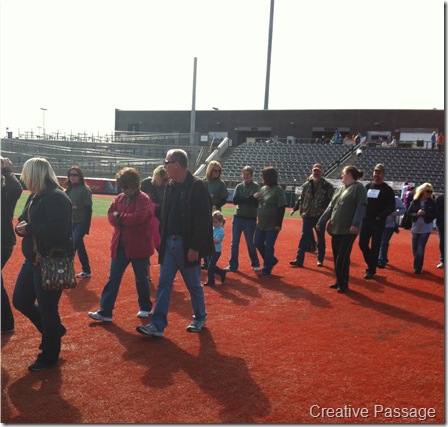 Oh, yeah, then there was the walk!  We marched around the bases, some more than others! 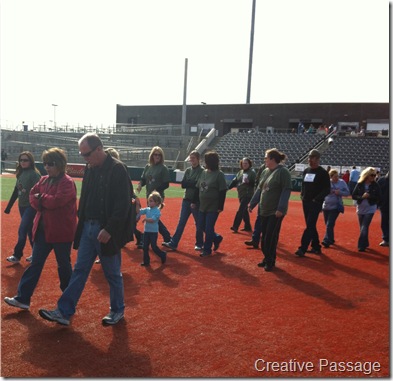 And it was a beautiful day too even though it had rained buckets the night before on my way down. 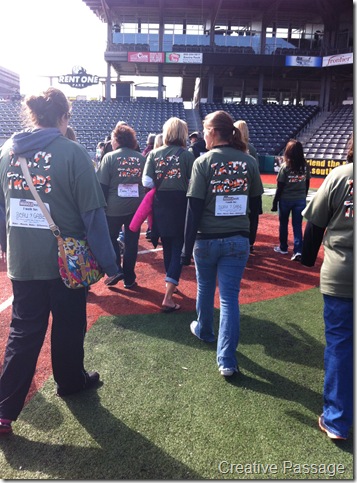 These cloggers were great!  Very enthusiastic… 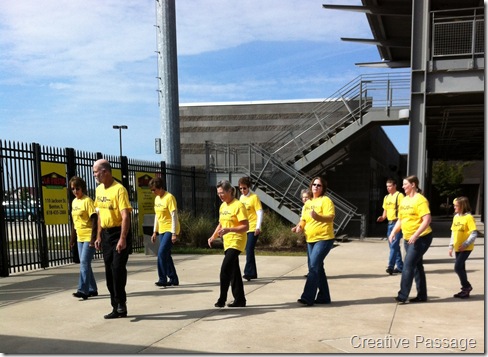 Each family or group had their own t shirts made to show whose name they were donating. 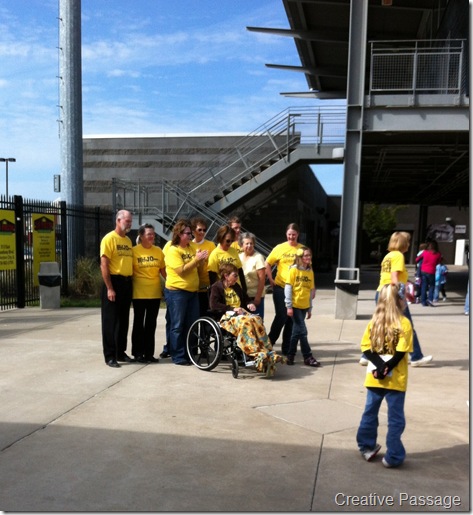 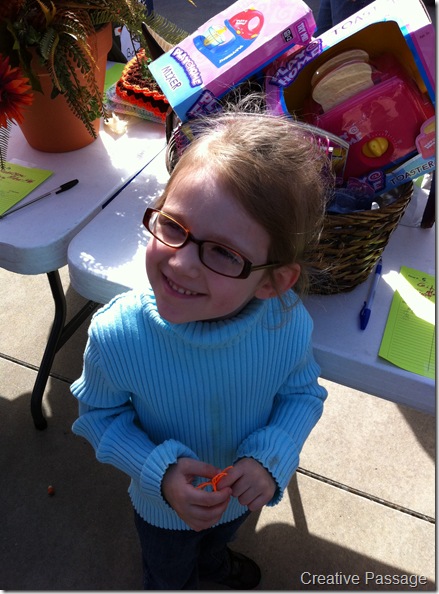 Laney found a silent auction she really wanted…she talked grandma into bidding for her…seems like she left her own checkbook at home. 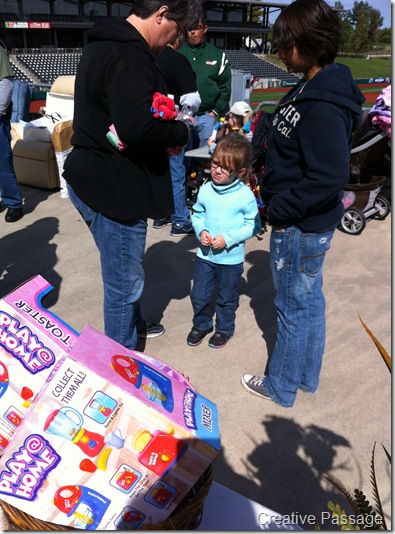 Laney had to be pulled away from the table because she would not allow anyone else to even look at the basket. 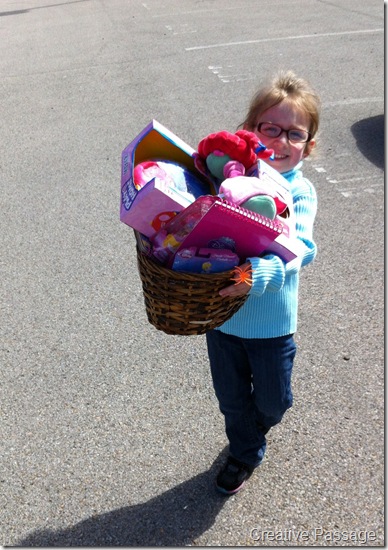 Well in the end she got her basket and all was well! 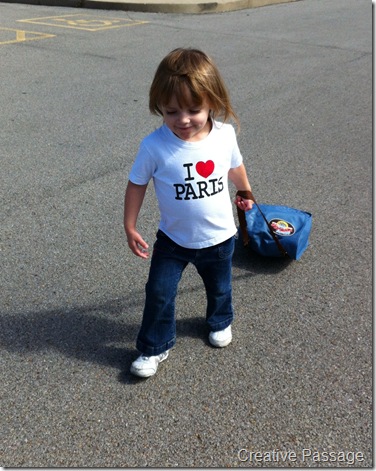 Audrey was kinda “go with the flow” girl as usual, at the end though she got really sleepy. 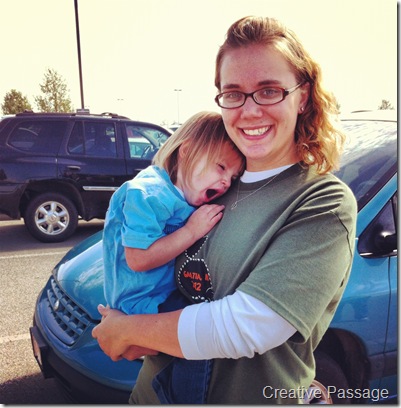 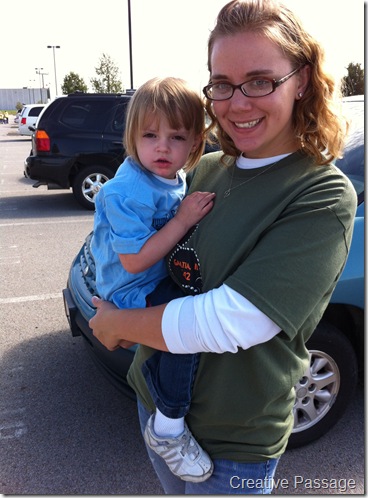 The college kids were comparing classes.  Hannah in the middle goes to Columbia College on a golf scholarship…she is really good! 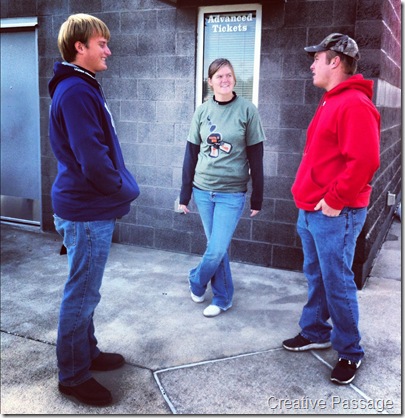 This was one of three auctions I bid on…and won!  It’s an alternative ladybug purse! I love it! 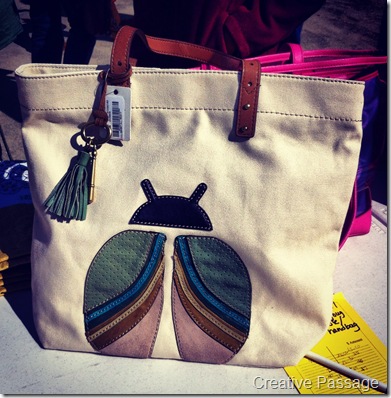 Posted by EllensCreativePassage at 9:52 PM