School starts Thursday for Sam my son and he loves the Yankees and I do too by default.  The Yanks were playing the KC Royals Monday night and Tuesday and Wednesday too, so I surprised Sam with tickets to Monday’s game.  August games can be miserable temperature wise, but this was a 7pm game.  We got there a few hours early to watch the Yankees warm up…Jeter and Cano leaving the field here… 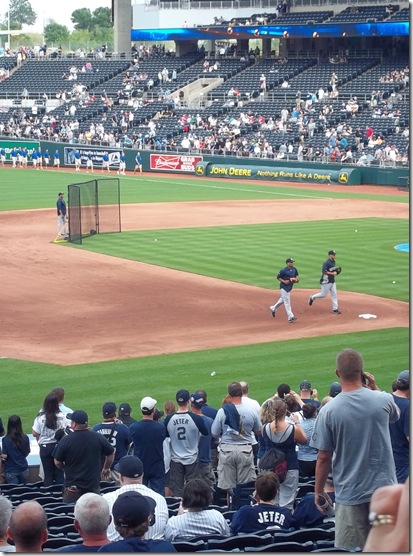 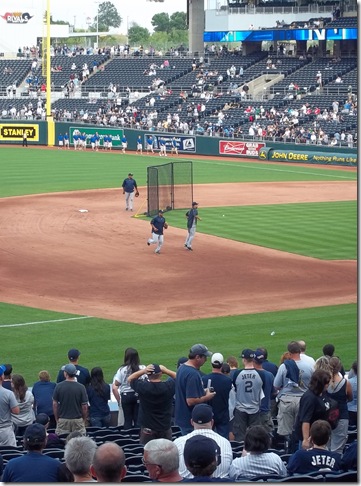 We watched Teixeira hit a few practice balls out of the park. 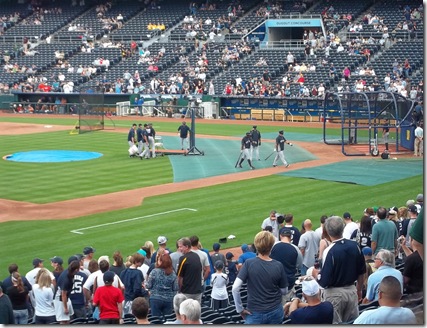 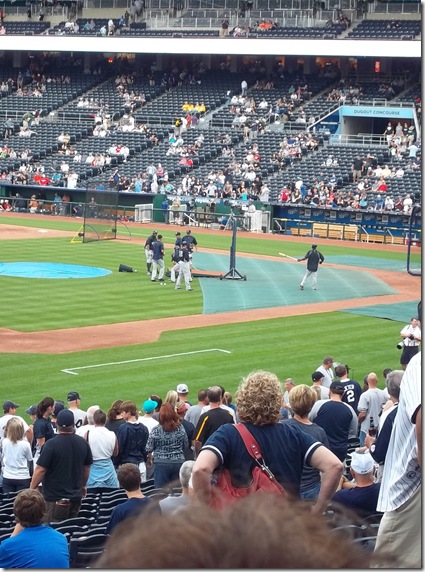 When the Royals came out we saw Melky Cabrera come out and hug Jeter and Cano…Melky was on the Yankees last year…and got traded to the Royals, so it was funny to see them on opposite teams. 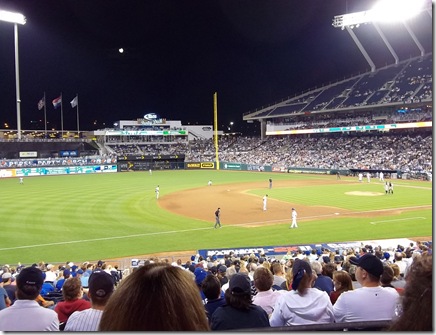 We couldn’t have had a more perfect night…cool in the upper 60s, forecast was for rain, but we had sunshine until dark, then we had a beautiful full moon facing us. 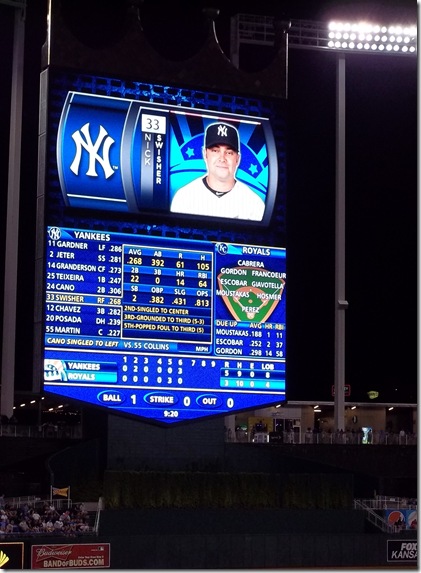 And the best part is that Mariano Rivera, AKA Mo or the Sandman, closed the game out!  We have seen three other Yankees games, but had never seen Mariano close.  He is incredible!  Loved to watch him pitch and to see the three consecutive outs! 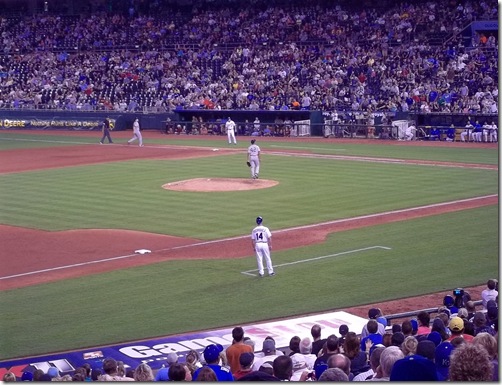 Wow, that’s all I have to say!  I could watch this guy pitch all day. 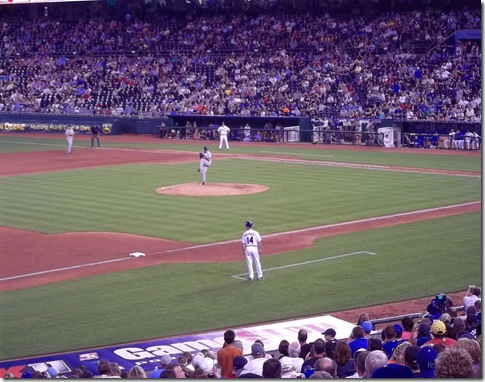 Funny thing, I have never been too much of a baseball fan, but now don’t miss a Yankees game! My son has always been a big Yankees fan(atic), so I just became one too!  I have been to two Cardinals games and was miserable both times—one it was 105 degrees, afternoon game with seats in the sun (did I mention I was wearing a knee length denim dress?) and the other game it was 42 degrees with seats in the shade. 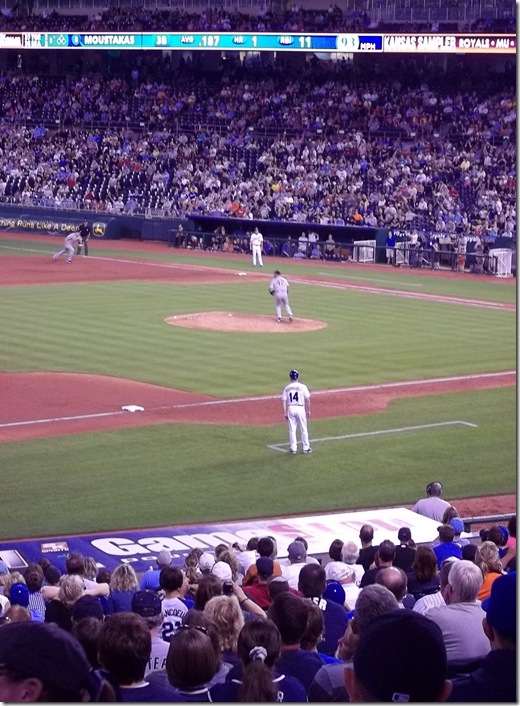 Being uncomfortable to watch the Yankees though is no big deal!  Now I am starting to understand those die hard Cards fans!
Regrettably I didn’t get any pics of Sam and I together, but it was great spending time with Sam and talking with him during the game (much to his distress!).   Of course, he slept the 1 1/2 hours there and back!

Ellen
Posted by EllensCreativePassage at 7:58 PM

Hi! Following you from a blog hop!:0)Hope you visit me and return the follow!


Btw if you like please join the Treasure Trove Tribune! I think you will enjoy it!:0)