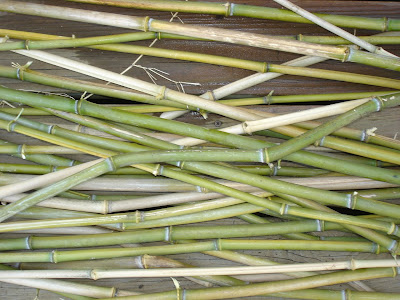 It all started when my entire grove of bamboo died during the winter and didn't green up this spring. I cut the stalks down and found myself wondering what to do with them. There is a lot of character in most of the pieces, interesting crooks and curves. 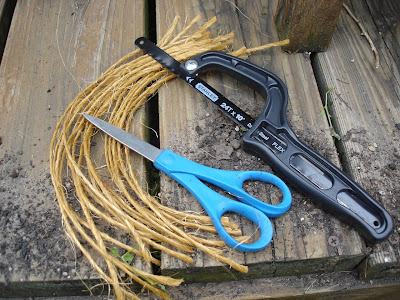 So with a few basic tools, I decided to make a trellis for my moonflower vine. 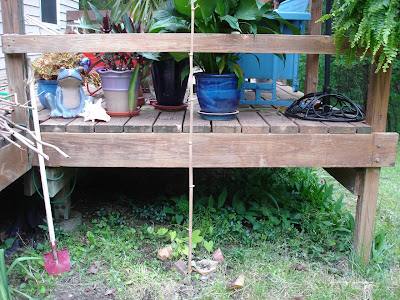 This is where I usually put up a black metal trellis and I always have a moonflower vine that grows up the trellis and shades my deck a bit. 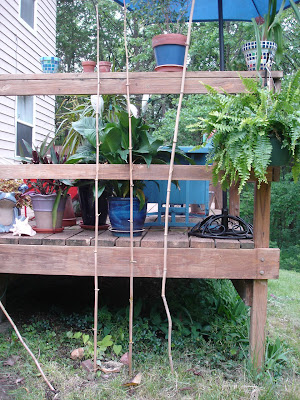 I started by just sticking the longer bamboo stalks into the ground about six inches and I secured them to the deck railing by tying them with some baling twine I had. 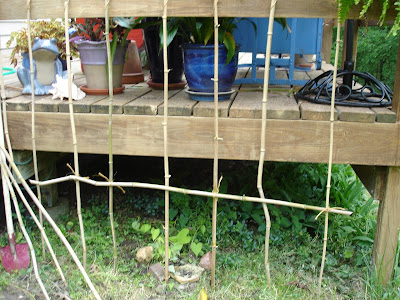 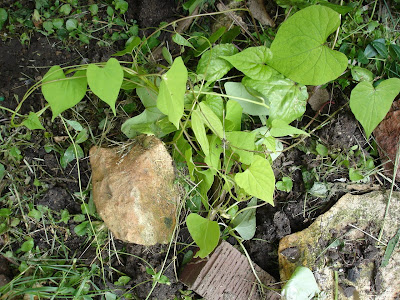 Before I started the trellis, I planted the moonflower vines and some morning glories too! 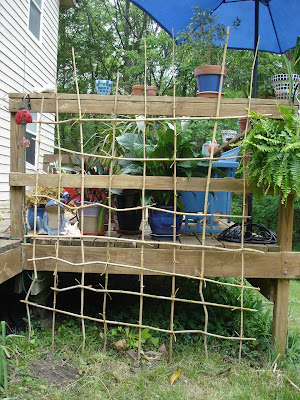 For absolutely no cost, I now have a sturdy trellis, one with a lot of character.
The trellis took about an hour to create, although I must admit it took a lot longer to cut down the bamboo and trim the branches from the stalks. 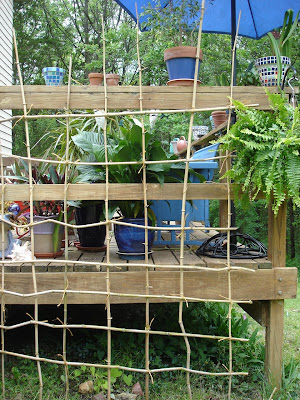 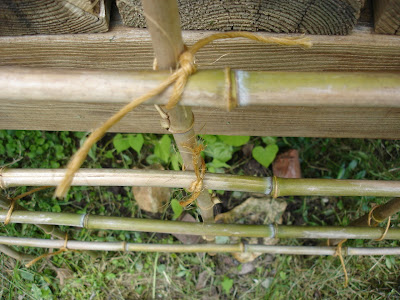 Posted by EllensCreativePassage at 8:06 PM

This is a great idea, will look beautiful with the moonflower vine growing up!
Came over to say hi from Saturday is Crafty Day!

Wow! This is a very clever idea! It looks wonderful!

I love the trellis...very resourceful!

What a neat idea Ellen! Thanks for linking up to Saturday is Crafty Day! I always love to see what you're working on.

I didnt know you could grow bamboo is MO! Love the idea. I'm following you through the Tuesday Blog Hop.

Great! I have bamboo sticks left over from when I use to have a tomato garden. I used them for stakes. I've been wondering what to do with them too. I have the perfect spot for a bamboo trellis. Thanks so much for the idea. Come join me at www.recapturedcharm.com and get your name in for a sterling silver necklace giveaway. Would love to see you there.
Lisa

What a cool idea!! It turned out great!

Rory from Tools Are For Women Too! said...

What a fabulous post! I love that you not only made something out of nothing, but your project shared a natural, eco-friendly solution! Just wonderful! I love projects like these and appreciate you sharing it on Modern Craftswoman Monday! Rory