If you read my blog you know I went on vacation the first few weeks of October.  I went on a bus tour of New England…with my mom.  It was a great trip and we had such a good time laughing and running around!  I saw a lot of firsts too—Niagara Falls, New York City, whale watching, a riverboat, the place I was born. 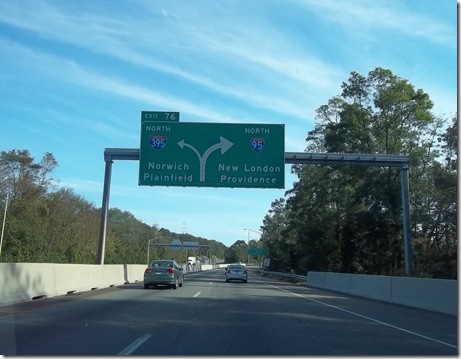 I had not been to Connecticut since I was 18 months old when my mom and dad and brother and I moved from there.  I had always wanted to go, so this trip seemed like a great chance.  Our tour group was headed to Mystic Seaport which was a mere ten miles from New London where my family lived when I was born.  So, mom and I broke free from the group (amid some scandal) and rented a car and drove to New London. 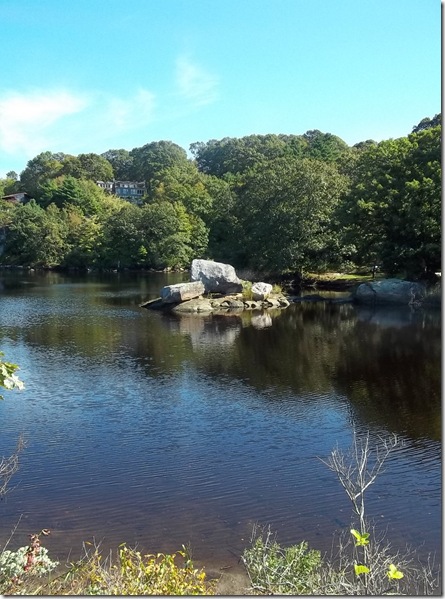 It was wonderful!  We knew the name of the road, having looked it up before we left and found that the road still was there…after all it had been (COUGH) 50 (COUGH) years since we had been there.  I was amazed at how beautiful the countryside is around there. 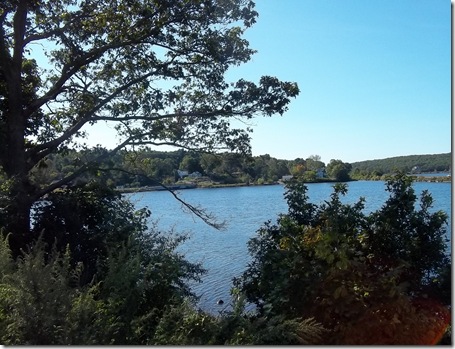 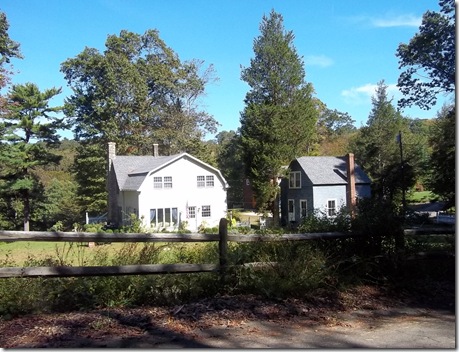 The little blue house on the right was the cottage where mom and dad lived when they were first married.  It was so cool to find the house.  And the best part was that we actually got to go inside to look around.  The man who owned the property actually was home and the cottage was between renters so he asked mom if she wanted to go inside. 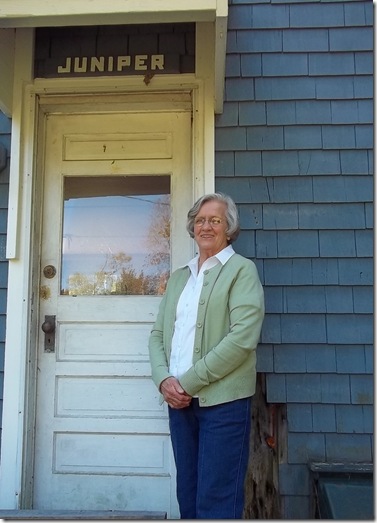 While the house looked sort of rough on the outside, it was as solid as could be.  It was built in 1810 in New York; it was moved to Connecticut in 1890.  New London has a submarine base, so navy families lived there and this house was a rental for those families.   Each of the cottages on this property had names…the one we lived in was Juniper. 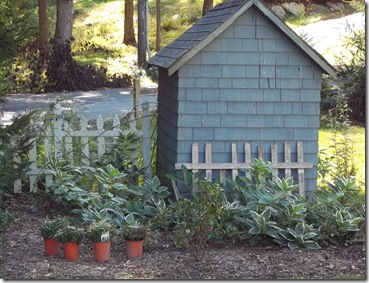 Even the little shed outside the house was the same.  My mom remembered it all like she just left it yesterday.  The man who owns it now actually lived in one of the houses as a child when my family lived there, so mom even knew his name. 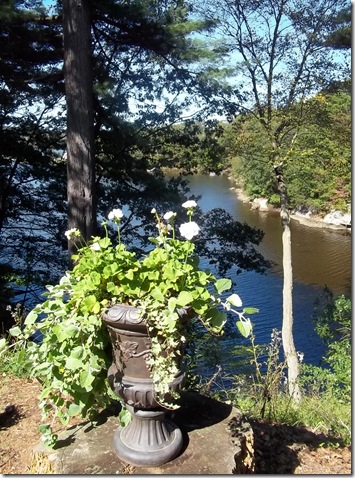 The yard was bordered by cove on two sides…the view was fantastic! 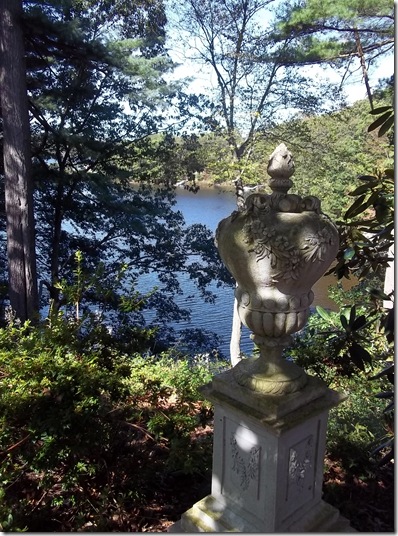 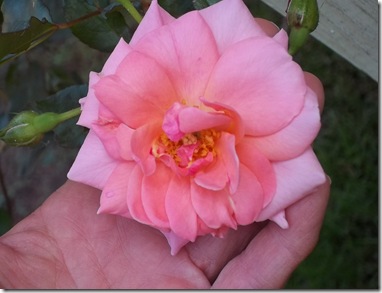 Mom wondered if the same roses were blooming in the garden. 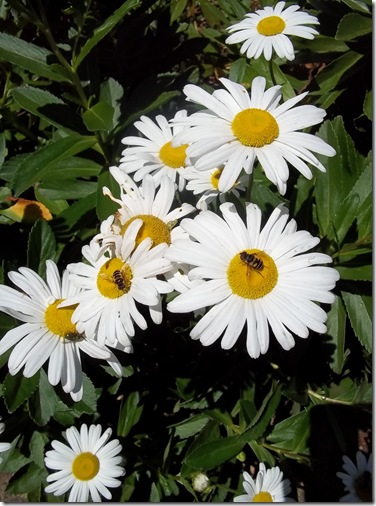 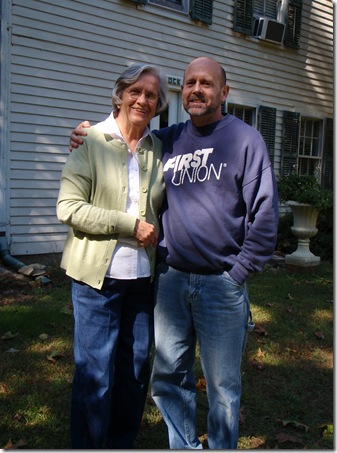 This is mom with Doug, the property owner. He was so sweet to us, after all we knocked on his back door and he could have not answered the door! 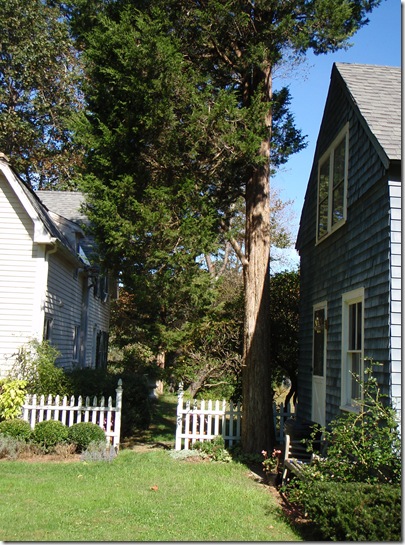 The side of the house, such a cute little cottage!  When I got back home I found pictures of my brother and I in the side yard of the house.  It was so cool to be able to see what part of the yard the picture was taken in.
We stayed there for a while after Doug went back inside…he told us to stay as long as we wanted.  We walked around the yard and mom talked and I listened.  I didn’t want to leave.
On the way back to the hotel, we saw a sign for Hammonasset State Park.  When I saw the Public Beach sign, I told mom we had to stop. The water was beautiful, the sand was wonderful, the shells were great, the breeze was heavenly! 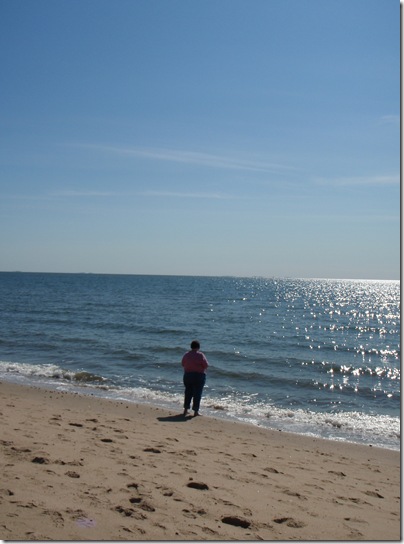 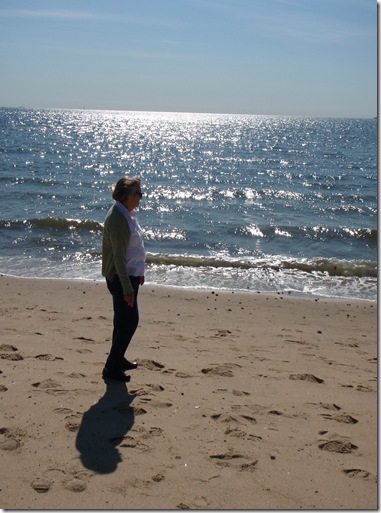 I collected a bunch of seashells, driftwood and pebbles while at the beach… 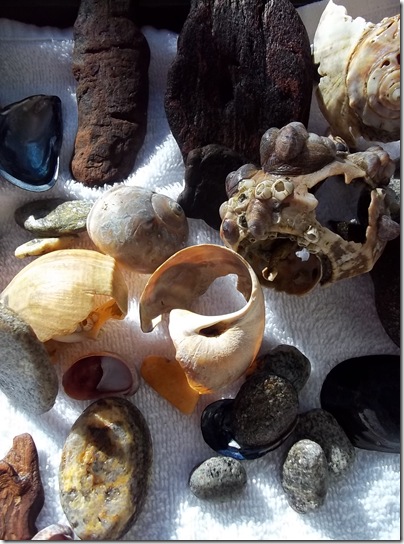 I didn’t take into consideration that there might be some live things in this group of shells…I tucked my shells away inside a bag inside my suitcase after I washed them.  By the next day the shells were soooo stinky!  And it was only day four of twelve!  I used Listerine to sanitize them and disguise the smell for the remainder of the trip!  The luggage bins smelled minty fresh!  Mom and I laughed every time we opened the bins to get our bags out…

Posted by EllensCreativePassage at 8:54 PM

I loved reading this!! Looks like you guys had a wonderful time!! :)
Love,
Emily Antweiler

Sounds a terrific home visit. The cottages are so pretty, the views along are so stunning. I know the feeling of root visit. It composed of different feeling, all good memories of places, things and people. The seashell would be good things for recalling. But the smell may last very long when you got home.

What a wonderful time with your Mother! It's so great that the owner let you guys look around the property. I have spent the last 2 hours reading through all of your old posts and I am just having the best time!!! You are incredibly talented and I've seen so many projects that I would love to try someday. I didn't take the time to leave messages on each of the posts, but let me tell you, there wasn't a single post that I have read that I didn't think was GREAT!!! I wish that I lived closer to you because you would be such a fun person to hang out with & be best friends with!

Ooh, how I wish I could spend the rest of my life in that beautiful blue cottage at the waterside... phoeiiii what a dream! And what a lovely trip to memory lane to do with your mom! Good for you twoo!!