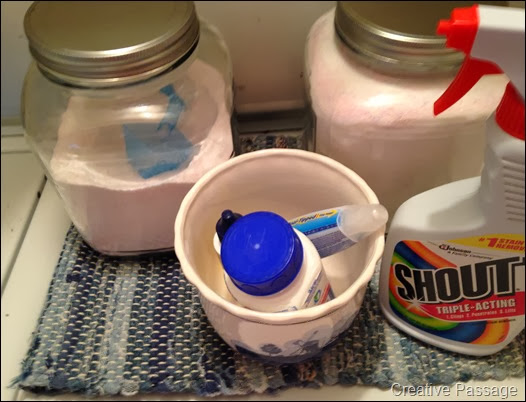 Today was a “snow day”, it’s really cold outside and snowed most of the day.  I got a few things checked off my to do list.  I baked cookies, made a nice lunch, cleaned up the kitchen, and made laundry detergent.  The last time I made it was in the fall of 2011. I used the basic recipe I found here but of course tweaked it a bit. 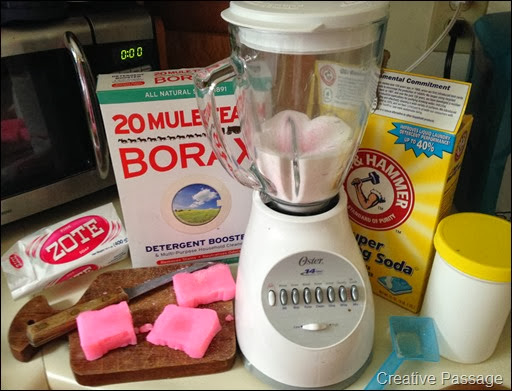 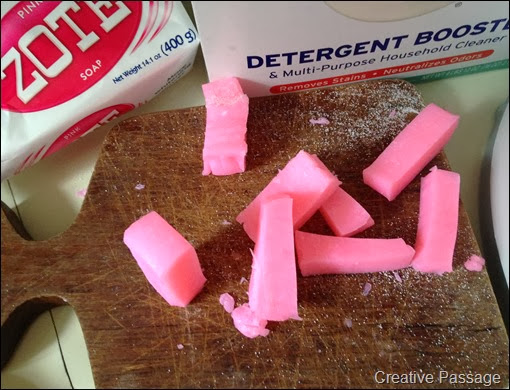 Instead of grating the soap, I cut it in smaller pieces with a knife and added 3-4 pieces of the soap to the washing soda in the blender, made it smooth as silk!  And I didn’t have to grate it! 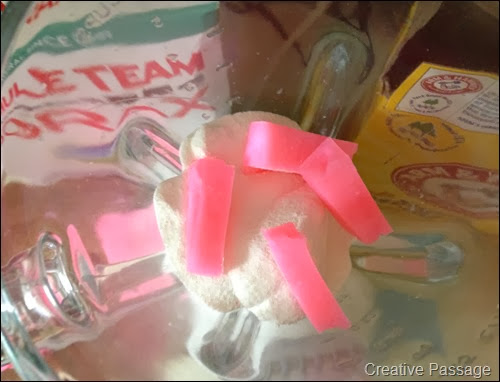 Pulse the blender until it looks like this picture. 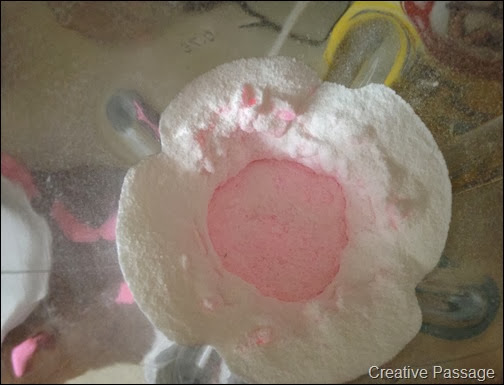 Then run it a bit longer and presto!  I kept adding the ingredients in the biggest mixing bowl I have stirring. 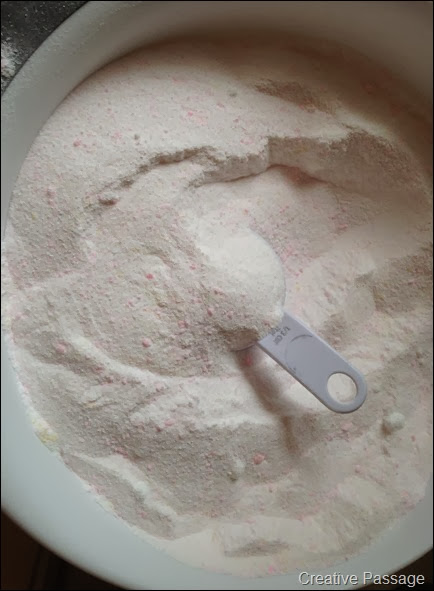 See how smooth it is?  The Zote smells much better than Fels Naptha, at least that is my opinion. 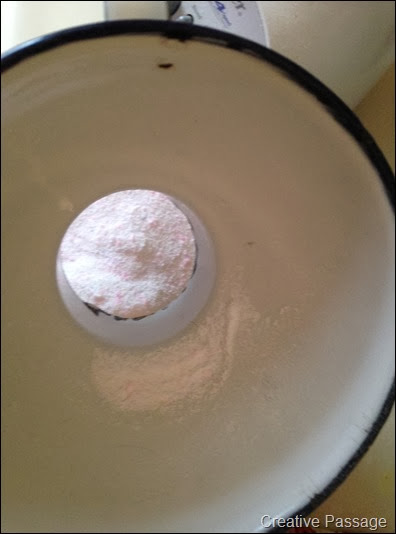 I used a jar funnel to pour the soap into the big jars.  I found one at Wal-Mart and I think it was $5.99.  The second one I found at Goodwill for $2.  So this made a jar and a half, at 1 tablespoon (2 for heavily soiled loads) a load it will last me forever!  Which is nice to not have to buy expensive detergent.  This quantity of detergent cost me about $12, not counting the jars. The little blue scoop from the Oxy Clean makes a perfect scoop! 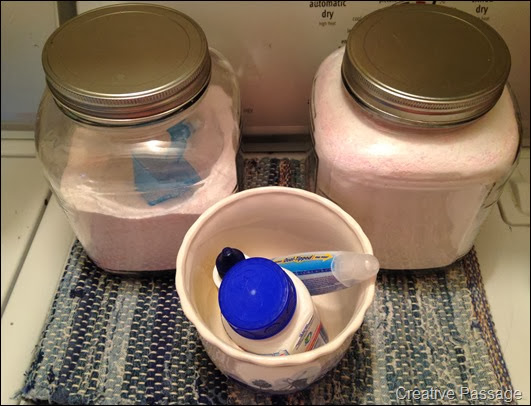 Posted by EllensCreativePassage at 7:39 PM

Ellen, can you use it in a front loader?

Leslie, I am not sure about the HE front loading washers. Mine is the old fashioned type.

Hi Ellen,
Saw your post at Pieced Pastimes and had to come take a look. Love the idea of saving on expensive and chemical filled detergent. Thanks for the tips. So glad to find your lovely blog.

Homemade laundry soap is so great! it lasts so much longer than store bought! I'm due to make a batch any day now! I have a front load HE washer and it works fine!